The World is So Full of a Number of Things... 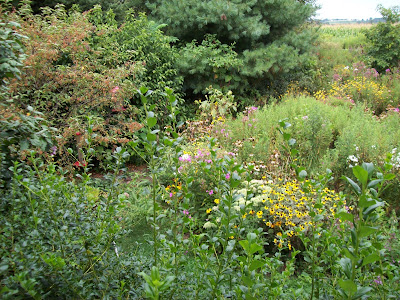 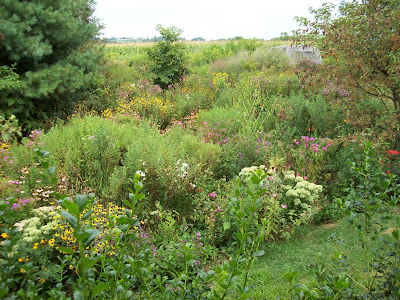 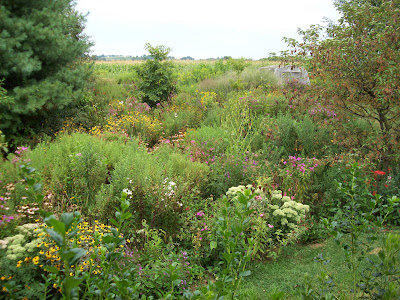 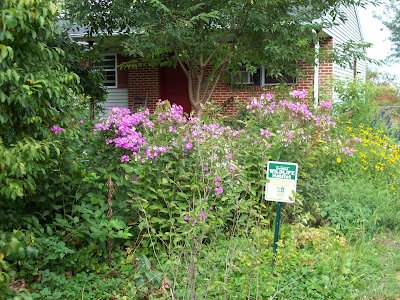 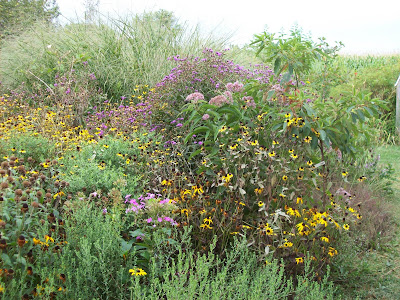 The Riches of Non-Ownership

This would be a great time of year to be a vagabond, wandering from place to place carrying just what is needed, stopping and moving on as one pleases. It is a time of year to stroll rather than rush, to be still and drink in the sights, the songs and fragrance of the season, to glory in the earth's bounty and to embrace its God. It is a time for thanksgiving and for wonder...wonder at the sudden departure of barn swallows who somehow know on just which day to leave their summer home and head south towards Central America...wonder at the hummingbird migration and the tiny brains that remember the exact places they found sustenance on their southern journey the preceding year...wonder at individual leaves that are green one day are changed into their autumn color the next. This season always reminds me of Robert Louis Stevenson's line, "The world is so full of a number of things. I'm sure we should all be as happy as kings."

This is also a great a time of year to be not tied too closely to possessions that weigh us down nor longings for what we do not have. Recently, whether a product of getting older or of God being at work, I have felt the allure of ownership lessen and the tug of "things" become more burdensome. I have managed to give away a few substantial possessions and have felt the old familiar invitation to a more simplified life. Somehow, our culture has come to confuse ownership with fulfillment and possessions as the bringers of satisfaction. How tightly we have come to hold onto what is "ours", all the while longing for a freedom that seems elusive. We have turned to reality shows to bring us the sense of adventure and risk we have personally forgotten. We have forfeited the first hand experience in favor of attempting to live it vicariously through someone else. And we have lost out on so much real life in the process, though the good news is that it is never too late to start again. As Gandalf said (more or less), it is dangerous going out one's front door. You never know where the Path will take you.

The Path has taken me in a new and gratifying direction of late. I have started working at a native plant nursery some distance from where I live and have realized that I have been confused for some time. I have thought about starting and owning a native plant nursery for more than 10 years. And I have wanted to own a piece of land with an old house and room for animals set in the midst of trees and meadows where I could watch the birds and listen to the insects. For years I have equated owning with experiencing and I am finding out I was wrong. Now I work at just such a nursery. I care for plants surrounded by a cacophony of honking geese, screeching peacocks and babbling turkeys and I watch the branches wave on huge old willows and horse-chestnuts whenever I look up. The nursery is ringed with wild meadows filled with the singing of summer insects and soon the meadows will play host to migrating southbound warblers, sparrows and hawks . I have found a kindred spirit in the nursery owner and have become friends with my co-workers, the Amish girls and women who have been at the nursery far longer than I. As I get to know them all, I am gaining insight into their world and their values. We talk of foals and cutting gardens, of community and family, of priorities and life choices, of tragedies and triumphs. I am at home there. At home in a place that is not "mine"and never will be.

And when I come back home to my own place...my house and yard and family, I am surrounded by those who like and love me and our half-acre is filled with flowers, with grasses and trees, with the singing of insects and birds and with hummingbirds zipping about. A couple of nights ago a screech owl called from in the back yard and I almost stepped on a toad who was waiting for insects on the stone path. What a rich and wonderful life! Not because of what I possess but by embracing what no one can own. This life of gratitude, of curiosity about the natural world, of communion with God in the wideness of what He has made is open and available to all who seek, to all who thirst for more than what they can lay claim to, to all who know their need. The world and the Creator are waiting with open arms to gather in all who embark on the journey and those who dare to will be enriched beyond measure.
Posted by Ann at 3:28 PM No comments:

It is so glorious a day that I have spent most of my Sunday outdoors and, as it is so often, time is on my mind...its passing and its effect on each of us as we live out our lives. This morning I took a walk before going to church and noted once again of the change of season as we head into late summer. It is the time of year when a reflective naturalist notices a familiar annual milestone...a different feel to the air and light...different scents, sights and sounds that whisper that the summer, though still going strong, will not last forever. The goldenrod has not yet come into bloom but its fragrance drifts through the meadows and soon its color will join that of ironweed, Queen Anne's lace and Joe-Pye weed, creating a late-summer palette of bright yellows, pinks and purples. Today the geese were flying, not yet in migration but in family groupings of parents and fledglings now old enough to take to the air. Though we have not heard much from them for the last few months, their honking calls will be a common commotion now that the young are airborne. The grackles have already started their flocking behavior, as have the barn and tree swallows and today I noticed the same of robins as I walked. And happily the cricket and katydid chorus has begun once again

While thinking about these predictors of waning summer I began to draw some parallels between the natural world's rhythms and those of my own life. This time of year is not as exhilarating as spring, not filled with the associated newness of life and promise of what is yet to come. And yet, it is a richer, fuller time. A time when when the fields are filled with insects and ripening seeds that will sustain the young of many species who are maturing past infancy. For many wild creatures it is a time of waiting and preparation for what will come next, be it migration or hibernation, or just coping with the leanness of winter. For the most part, the birds are past their nesting seasons and are finishing up their child rearing duties, frogs and salamanders have long since left their young to fend for themselves and many of the first year mammals will be on their own come fall. It is a time of transition for the natural world and this year I am finding the same to be true for myself as well.

I have loved being a mother and raising and sharing in the homeschooling of my children. I have found meaning and joy in watching them grow into the adults they have become and in knowing that God holds them closely. Now, however, I am entering into a season uncharted in my experience and I wonder about where it will lead. I am now past childbearing but not past nurturing and caretaking. I am past the sense of immortality of youth but because I understand that my time on earth is finite I want to live my life intentionally. As with the late summer season I recognize a richness to this time and the potential to sustain the life of others in a way that my earlier years did not allow for.

There is a verse in Philippians that has echoed in my mind for as long as I have known God, "...for it is God who works within you both to will and to work for His good pleasure." My prayer has become that He will lead me into the future in keeping with His good pleasure and that He will direct me towards what I am to be and to pursue in the years that lie ahead. Right now, at this time of transition, praying is all I know to do. I have every expectation that, just as the fields are being readied to feed those who will depend upon them, I am being prepared for whatever God's good pleasure will lead me to .
Posted by Ann at 1:37 PM No comments: